If you aren’t on social media, you might have missed it, but recently a small part of the online sphere was consumed by a bitter conflict, taking place on several fronts, and with innocent bystanders co-opted into being protagonists, perhaps unaware of what it all meant in the scheme of things.

I am of course talking about the Twitter Chicken Sandwich War, which featured a number of America’s favourite fast-food restaurants in open battle over who had the best piece of poultry in a brioche bun.

Sounds like someone just ate one of our biscuits. Cause y’all looking thirsty. https://t.co/89eqI5vk2z

If you weren’t in a good mood, you could say “what does this have to do with advertising?” and though you’d have reason to do so, the reality is, this has everything to do with advertising. If you still don’t believe me, look at all the things you can learn from the Twitter Chicken Sandwich War.

The basics: you’ll hopefully see from the examples below how when advertising of any kind asks a question of the audience, and provokes a reaction, people want to be part of the story, and that’s how to achieve virality with your campaign.

Be Aggressive… Within Reason

In a crowded market like takeaway food, there’s no sense hiding what you’ve got to give. If you don’t win the internet, you’ve lost the internet, so you may as well go all-in when you see something you want – like domination of the chicken sandwich market. 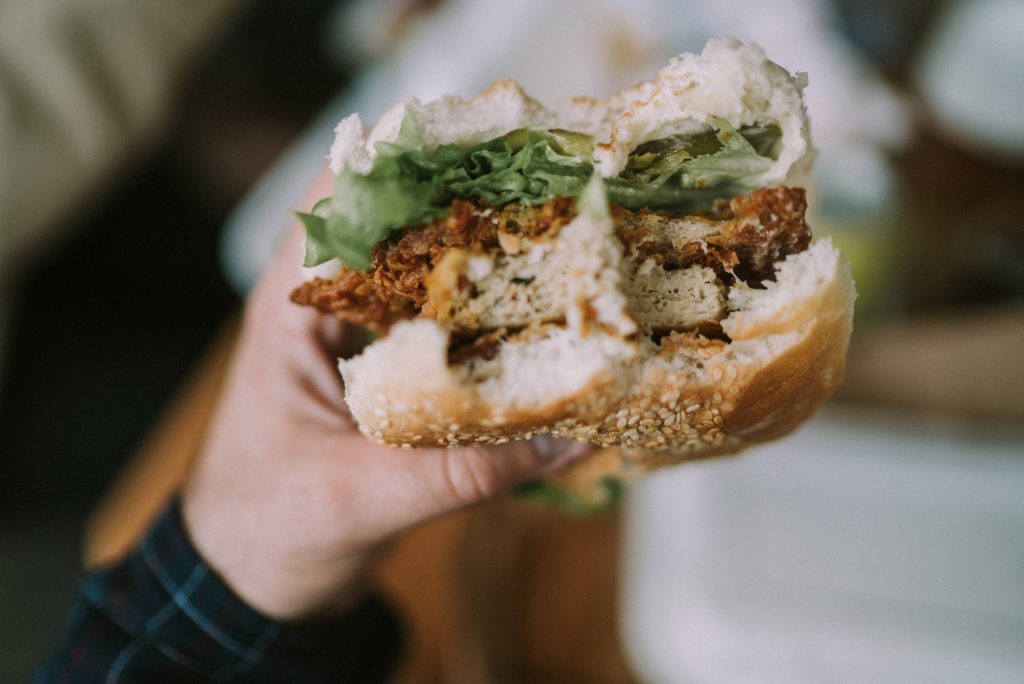 It’s something Boston Market, who don’t actually make chicken sandwiches, understood perfectly when, during the Chicken Sandwich War, they posted that it was all just a pale consolation compared to mac and cheese?

Customer: Can I get something like Boston Market mac & cheese but mediocre?

Other guys: My pleasure

Given that Boston Market is a small player in the fast-food world, they had more to gain than lose by getting involved in the conversation. This was a chain that had been rescued from administration not long before, and was looking to reestablish itself. Doing so in a way that subtly put down its opponents drew new attention to the brand.

If you’re a niche player in a market, sometimes a product war can help you too. That certainly happened for small restaurant Roaming Rooster. They weren’t taking part in the brand war, but the brand war had a positive knock-on effect for them, showing how the actions of larger brands can help small businesses, if they position themselves well within their market beforehand.

Remember that no-one likes it if a brand is too forceful. It can lead to controversies that can damage reputations. An example of this came when the Miami Marlins baseball team played the Tampa Bay Rays.

The two teams were battling it out on the park in a match taking place on that day, and the tussle was also happening away from the game, online. The social media managers of the two teams got involved in an argument that was, initially at least, quite amusing. It was only later that it turned sour.

The two baseball teams both named after fish found in the water surrounding their native Florida engaged in some well-meaning sparring, that kept moving up a notch, until the Marlins’ Twitter specialist rolled out what they clearly thought was a home-run.

It proved to be a step too far in the Twitter rivalry, with multiple complaints understandably coming in, and the Marlins saying they had addressed the matter internally.

How Did This Happen?

Or, more to the point, why did this happen? One theory is that social media creates an artificial distance between people, meaning that people who use it feel they can say more severe things without consequence than would be the case if they were face-to-face with the person they were talking to. This effect is only increased if a brand is talking to another brand. 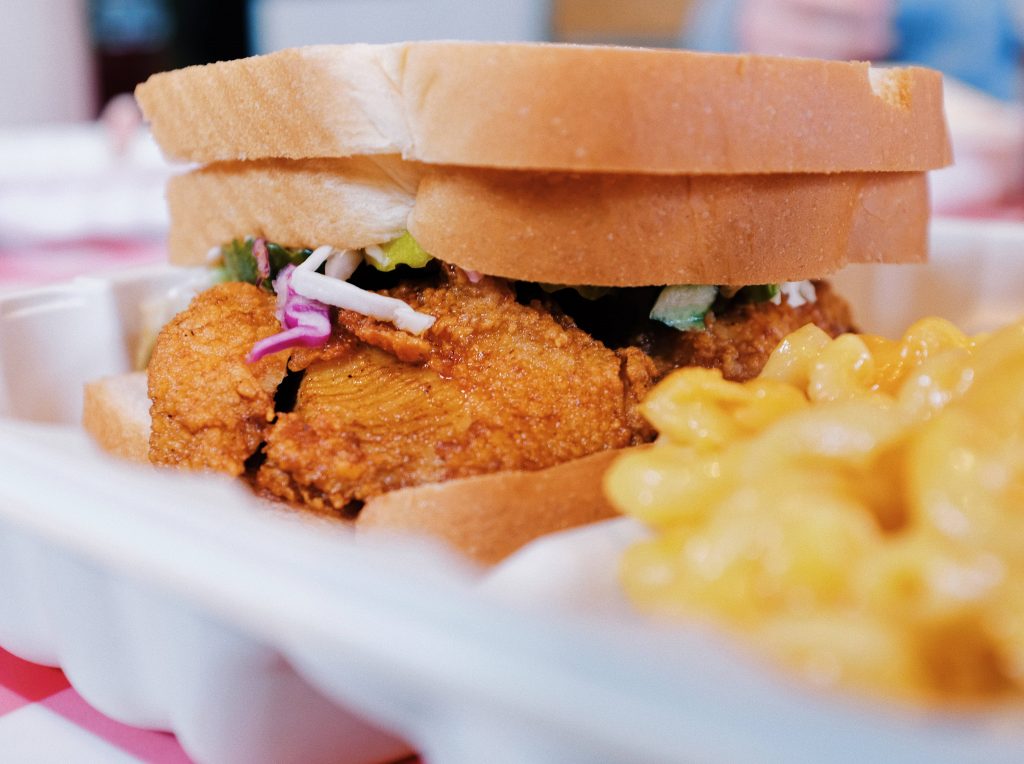 This all serves as an example of how any brand that seeks to leverage engagement through creating a voice for itself needs to make sure that voice is sympathetic. I know there’s a common misconception that “all publicity is good publicity,” but sometimes it’s worth exercising caution when you’re speaking on behalf of an employer.

How do you create a voice for your brand without attracting this kind of controversy? There are ways of doing it. The best way to start is to consider what you feel are the best aspects of your brand, and what distinguishes it from others in the market. If your company makes products aimed at younger people, or perhaps more disposable products (see our example, Dollar Shave Club), you can bring humour into your advertising, because your audience will appreciate that. Gen-Z consumers almost certainly will.

Upmarket Brands Have a Different Focus

If, on the other hand, your clientele is the kind which appreciates high-quality, luxury, products that last for a long time, you may have to treat carefully when it comes to your promotional voice. Consider instead a reassuring tone, such as the kind you read in BMW, Volkswagen, or Audi advertising.

With luxury brands, and products that require a little more thought before people invest in them, you may have to exercise a little more gentle persuasion in order to get people to trust in your product. Less so than with cars, but still to a significant degree, smartphones are a big investment for most people. You don’t want to turn people off with your ads, so it’s crucial to choose a voice that suggests you can be trusted.

Think about calming words and phrases you can use. Use the language of confidence, stability, and contentment – with luxury brands, that’s the kind of mental picture you want to build up. Of course it doesn’t mean you can’t play with the brand image a little – you just have to be really careful. An example of how to do it effectively comes in the exchanges between the Porsche and Mercedes Formula E (electric car racing) teams during the 2019-20 preseason period.

Following this, in an attempt to generate engagement and conversation around their advertising, the Mercedes team took the main question most people ask them – “who will the drivers be?” and spun it into a slick piece of video advertising. They did this with a staged phone call to Toto Wolff, the CEO. It’s a fine example of using market research (“what do you most want to know about us?”) and creating mystery around it.

By ending the ad on a cliffhanger, it creates positive speculation. However, you’ll also notice that the ad is filmed in a very professional way, and features a man who exudes a calming presence. This is a crucial factor with premium brands that are selling the idea of luxury and dependability.

What Does This Tell Us?

Brands appear more down-to-earth and personable when they use their advertising, on whatever medium it might be, to generate talking points and conversation. You can do the same in your ads, by asking questions that your audience wants to answer.

Whatever you decide to do with your ad, it’s still crucial to make it eye-catching. If you want people to buy into your brand, you must design your campaign to show off the best aspects of your brand. For example, are you, like all those chicken sandwich companies, selling food? Take a look at Instagram for inspiration on how to sell the aesthetics of your brand.

The popular hashtag #foodporn began to be used because the pictures of food on the social platform were getting so appetising that they activated parts of the brain that might otherwise have been dismissive towards such advertising.

Depending on your product, you might be able to appeal to the hunger or desires of consumers. As with everything to do with visuals, it’s all about location, angle, lighting, and getting the food, or whatever it is you’re marketing, looking perfect.

What Can Marketers Learn From This?

Take inspiration from social media in order to work out the best possible visuals for your ad campaign. Nexd Campaign Manager can help make those creatives look even better!